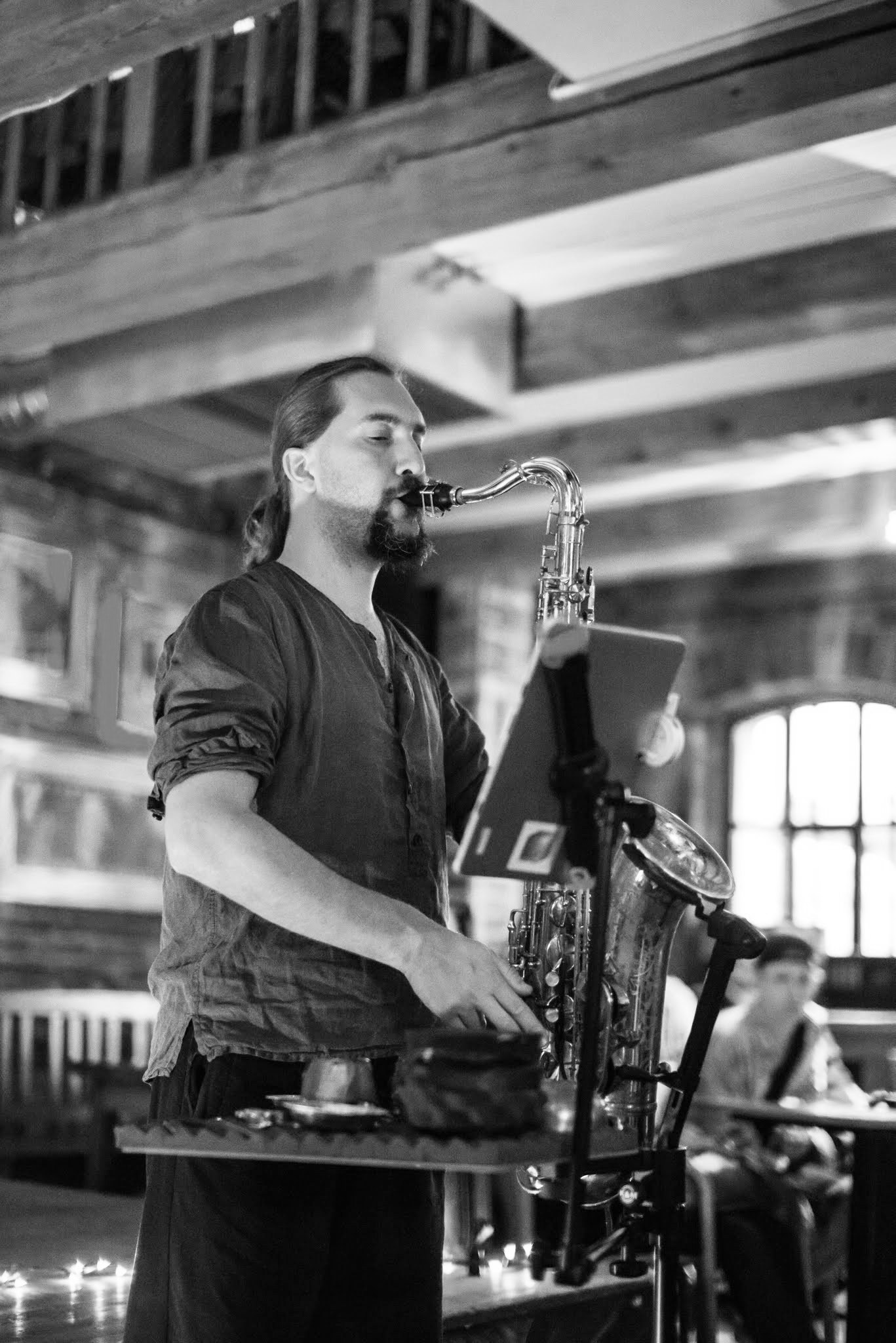 »Lignes« (Lines in French) is Paris-raised and Leipzig-based Sébastien Branche’s extended saxophone solo. Borrowing from noise, drone or musique concrete, Sébastien builds up architectures of sounds, extending the saxophone with a collection of objects to enhance or alter its sonic possibilities. Using the computer, he also sends sinewaves and noises into the body of the saxophone which processes and filters them acoustically, as well as outside the saxophone which modulates them electronically, for an intimate and immersive experience of sound.

Sébastien, born in France in 1980, plays soprano, tenor and C-melody saxophones. He got started with improvisation through workshops with musicians coming from contemporary jazz or improvised music. Interested in perceptive phenomenons, he works mainly with sound as a material, describing himself as a »sound crafter« for an audience to listen to. His interests also extend to body and space, as he regularly confronts his practice to contemporary dance. He plays in the saxophone duet Relentless or with electronics musician Miguel A. Garcia, in large orchestra with IMO, and regularly meets other artists, either for private sessions or performances. He also works on solo performances with tenor sax on a stand and light electronics (Lignes), ambisonics (3D-sound) with supercollider (Lignes de niveaux) or soprano saxophone and water (saxopH2One).

As sound artist he works mainly in cooperation with French Photographer Diane Martinot on ways to mix sound and light in different ways. Sébastien taught Mathematics in high school and also gave a workshop about soundscapes there. In April 2015, he moved to Leipzig and devotes his time to shiatsu and to his music. Since 2018 he organises »ZiXP«, a festival for experimental music dedicated to the local scene and a concert series LiLe mixing local and global guests.